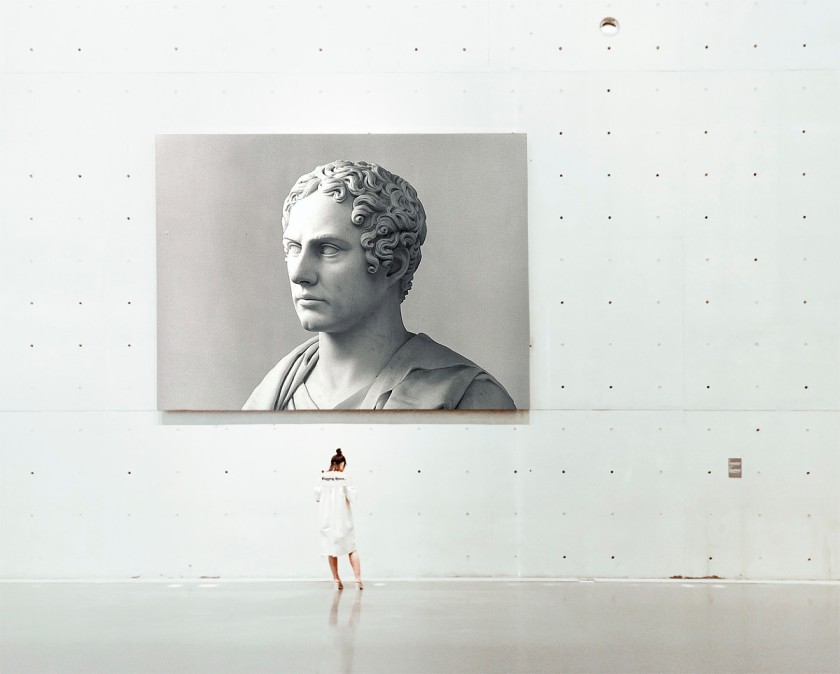 ‘P.S. – Torwaltzen has done a bust of me at Rome for Mr Hobhouse – which is reckoned very good – he is their best after Canova – & by some preferred to him. – I have had a letter from Mr. Hodgson – maudlin & fine feeling – he is very happy – has got a living – but not a child – if he had stuck to a Curacy – babes would have come of course because he could not have maintained them. – –

An Austrian officer the other day, being in love with a Venetian – was ordered with his regiment into Hungary – distracted between love & duty he purchased a deadly drug which dividing with his mistress both swallowed – The ensuing pains were terrific but the pills were purgative – & not poisonous – by the contrivance of the unsentimental apothecary – so that so much suicide was all thrown away…. ‘

Only Byron could ‘P.S’ such a fabulous letter with a tale of two futile suicides, the disadvantage to his friend who is now no longer a poor and potentially propagating Curate and of himself being immortalised in stone..

Hobhouse inspired by his love of classical antiquity had commissioned the fashionable Danish sculptor Bertel Thorvaldsen to make a portrait bust of his ‘dearest friend’ during their visit to Rome in May 1817.

One wonders if he had to try hard to persuade his ‘dearest friend’ to actually sit for Thorvaldsen as the first meeting between the artist and Byron was one of wry amusement on the part of one and studied indifference by the other.

The inauspicious start did little to deter Thorvaldsen from his task despite the challenges Byron presented.

‘When I was about to make Byron’s statue; he placed himself just opposite me, and began immediately to assume quite another countenance to what was customary to him.

Will you not sit still? said I; but you must not make these faces.

It is my expression, said Byron. Indeed? said I, and then I made him as I wished, and everybody said, when it was finished, that I had hit the likeness.

When Byron, however, saw it, he said, “It does not resemble me at all; I look more unhappy”.

He was, above all things, so desirous of looking extremely unhappy..‘

Unhappy or not, Byron’s reaction to the bust was also one of wry embarrassment as he was later to write:

‘I would not pay the price of a Thorwaldsen for any human head and shoulders….a bust looks like putting up pretensions to permanency…‘

Perhaps he was also thinking about the myth of Medusa, another troubled and irreverent beauty:

‘Even you, Medusa, should you seek your reflection, shall turn to rock the instant you see your face…‘

Despite Byron’s reaction to his likeness, Hobhouse was delighted with Thorvaldsen’s work and anticipating his friend in the style of a Roman conqueror he proposed that the bust should be decorated with a laurel wreath across the brow.

However, the reaction from the bemused poseur was emphatic:

‘I protest against & prohibit the “laurels” – which would be a most awkward assumption…. – but I won’t have my head garnished like a Xmas pie with Holly – or a Cod’s head and Fennel – or whatever the damned weed is they strew round it…‘

I think that Byron was quite right not rest upon his laurels – besides a laurel wreath would only have hidden all of those wonderful curls!

However, in typical Byronic fashion, he was NOT immune to the admiration for another bust – far from it!

‘The Helen of Canova (a bust which is in the house of Madame the Countess d’Albrizzi, whom I know) is without exception, to my mind, the most perfectly beautiful of human conceptions, and far beyond my ideas of human execution‘

For as a guest at the Venetian salon of Countess Albrizzi in 1816, he came across Antonio Canova’s ‘Ideal Head of Helen’ on display in all of her finery and his delight for Canova’s genius would later inspire the following lines:

In this beloved marble view,
Above the works and thoughts of Man –
What Nature could – but would not – do
And Beauty and Canova can!

The Ghost of Piccadilly