‘If I valued fame, I should flatter received opinions, which have gathered strength by time, and will yet wear longer than any living works to the contrary…‘

These were the thoughts expressed by Byron in his November 1813 journal entry as this fashionable ‘literary lion’ pondered the question of his fame.

I have been reading the book by Ghislaine McDayter Byromania and the birth of Celebrity Culture which places Byron and the heady years of stardom as the patriarch of all of our modern celebrities and so in addition to being a brilliant and irreverent poet, and despite his own cynicism on the matter – Byron is also honoured as the first ever celebrity!

However, it is another celebrity who I’m also scribbling about in this month of August – the wonderful Marilyn Monroe who died one balmy and mysterious evening in 1962.

Despite being born two centuries apart, both MM and Byron were considered beautiful and fabulous – despite some ferocious changes in mood, an indulgence for reckless affairs, disastrous marriages and a fondness for alcohol.

They were in their time pursued and adored by legions of fans and both would die at the ripe old age of thirty six.

However, another striking parallel between Byron and MM is that both are still recognised for their portraits in iconic dress.

There is the familiar portrait of Byron painted by Thomas Phillips in 1813 dressed in the Albanian costume that he had bought during his Grand Tour.

Byron would later gave the costume to the beautiful heiress Margaret Mercer Elphinstone and confidante of the Princess Charlotte of Wales for a fancy dress ball in May 1814 and in an playful letter with a hint of sexual innuendo from his bachelor pad in London; he writes:

To make it more acceptable – I have worn this very little – & never in England except for half an hour to Phillips.‘

The costume along with Byron’s letter was treasured and can now be seen on display at Bowood House and Gardens in Wiltshire, the home of Margaret’s daughter Emily through her marriage to the 4th Marquess of Lansdowne Henry Petty-Fitzmaurice, Earl of Shelburne.

AND then there is THE white ‘Subway Dress’ worn by MM for the 1954 film The Seven Year Itch and which went under the hammer in Beverly Hills for $5.6 million pounds! 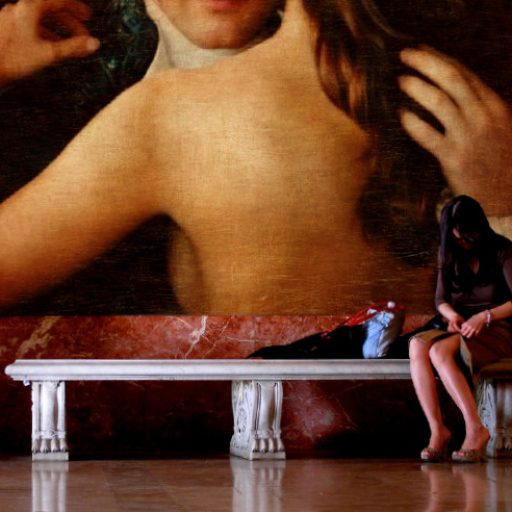